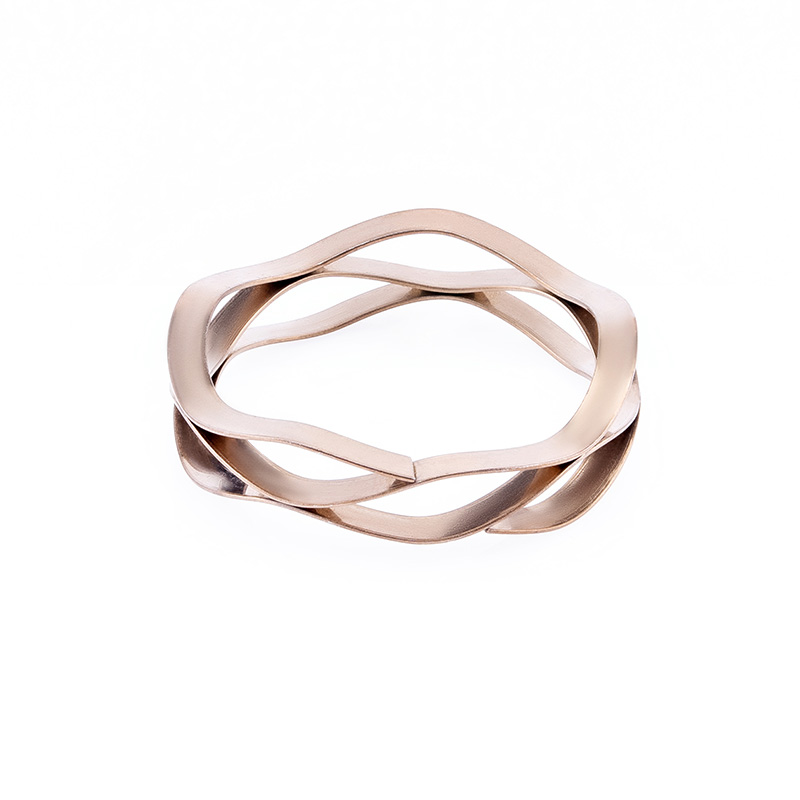 A wave washer is a washer with only a wave shape. This type of washer is usually composed of a combination of metal and non-metallic materials. Generally, it has the characteristics of low pressing force and good sealing effect.

Wave washers typically have three, four, or six curved lobes, although almost any number will do. These washers will not shift weight until all lobes are uniform and loaded evenly. They are recommended for applications involving static loads and limited axial space.

The main function of the wave washer is to protect the surface of the connector to prevent the surface of the workpiece from being scratched when the bolt and nut are tightened; the spring washer is anti-loose. However, for some important connections, such as places that rely mainly on compression to generate frictional force to transmit power, spring pads cannot be used, and the rigidity of the connection is reduced, which is prone to accidents. 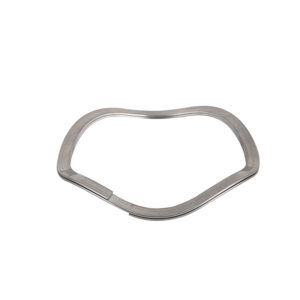 The failure of the wave washer due to the problem of raw materials is mainly manifested in two aspects: improper material selection and quality problems in the material itself. When the sealing material is not compatible with the fluid, the rubber absorbs the liquid and swells, resulting in permanent deformation. If the hardness is improperly selected and the elasticity is not good, it will not be able to play a sealing role, resulting in seal failure and leakage.

Considering the convenience of process operation, the material that can theoretically achieve the performance of a rubber wave washer is selected, but due to improper formulation or vulcanization process, the rubber wave washer fails, or the selected rubber friction coefficient is not suitable, and the rubber compound is not mixed properly. Inadvertent mixing of impurities during homogenization or mixing, excessive amounts of additives or segregation, pores, porosity, and poor interface between the reinforcing agent and the matrix material, etc., will cause the performance of the wave washer to decline and fail.

The main function of the wave washer is to prevent the nut from loosening, and it is mainly placed under the nut. Washers are characterized by low cost and easy installation. They are only used for equipment that is frequently disassembled and assembled and are used in the bearing and bearing capacity of general mechanical products. 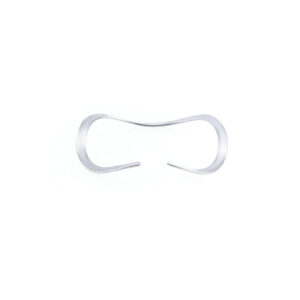 The material protection technology of heating the multi-layer wave spring washer in the atmosphere or directly immersing it in a concentrated oxidizing solution to produce a thin oxide film on the surface of the wave spring.

It is usually suitable for the surface treatment of carbon steel wave spring washers. The brightness is very good, so that it can chemically react with phosphoric acid or phosphate to form a solid phosphate film on the surface of the wave washer.

Zinc chrome coating. Compared with traditional electroplating, it is a kind of “green electroplating”, which has the characteristics of strong corrosion resistance, no hydrogen embrittlement and high heat resistance.

The wave washer is a thin annular metal element composed of multiple crests and troughs, and has good elasticity.

Generally, the thickness of the wave washer is kept between 05-2 mm, and it is made of stainless steel and other materials with elastic properties. In the feeding mechanism, in order to make the wave washers supply the same number of wave washers to the pick-up position each time within a certain time interval, the transmission mode of the stepping motor is used to complete the feeding process.

Zhejiang Lisheng Spring is an experienced constant section retaining ring company. Our company is a supplier of parts and components for major national science and technology projects. At present, the company has thousands of conventional-sized products; whether it is carbon steel, stainless steel, Inconel high-temperature alloys, copper alloys or titanium alloys, we have it all for you. You are welcome to come to consult. 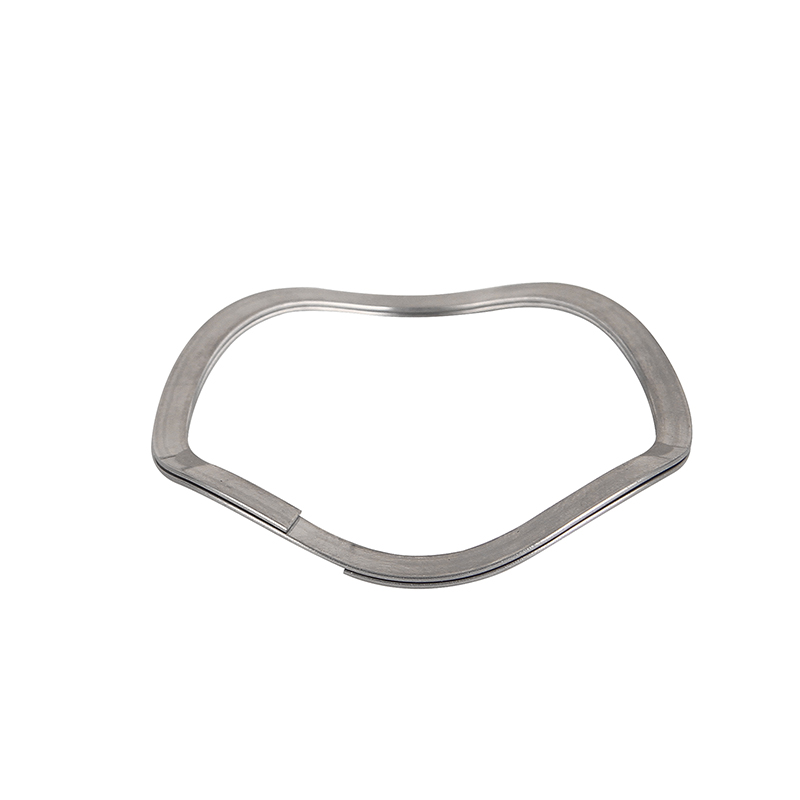 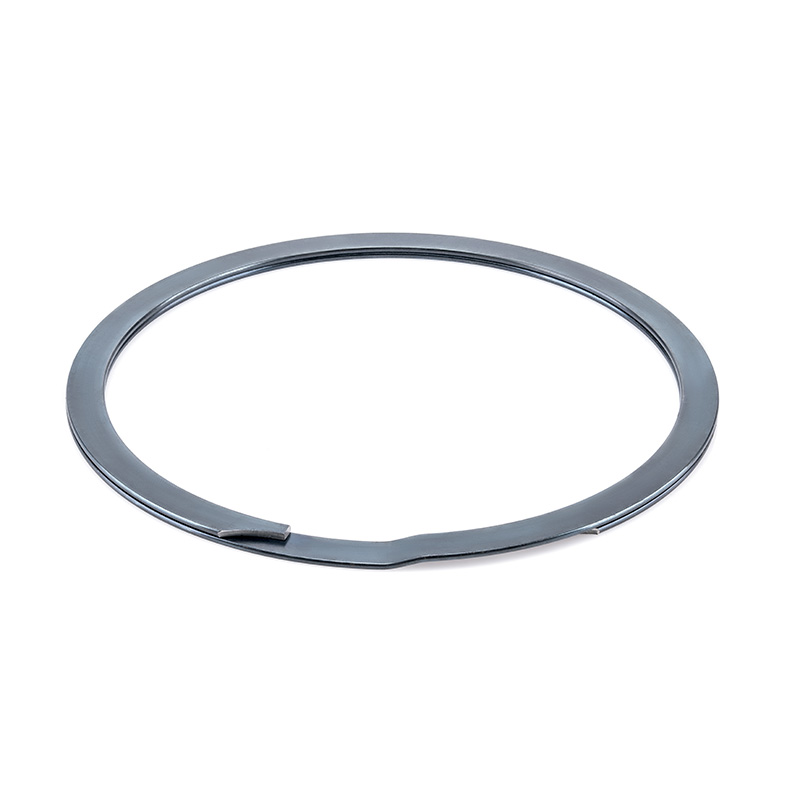 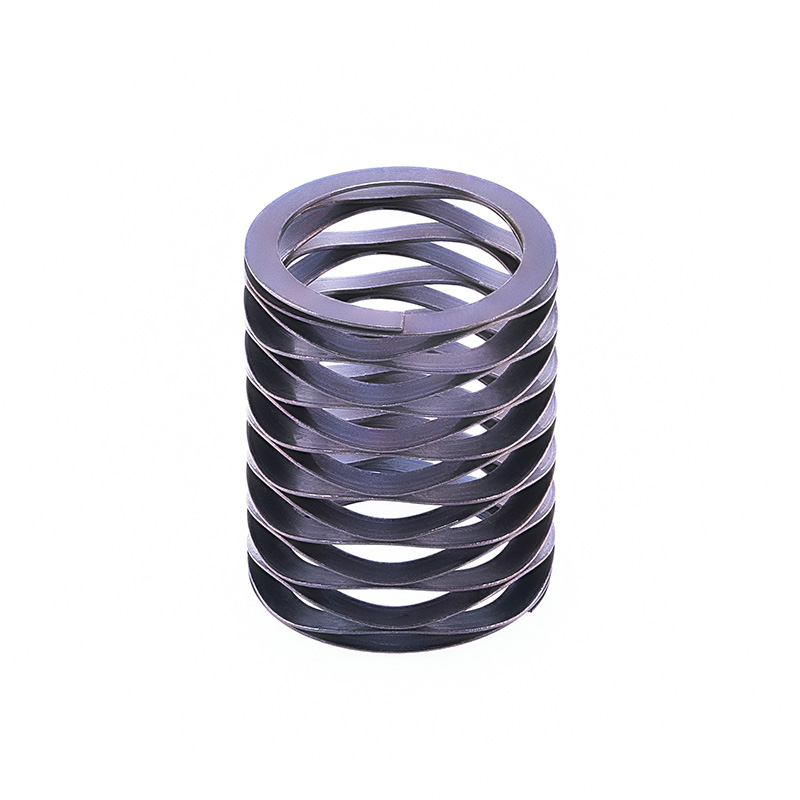